When writing songs, many young authors make a number of characteristic mistakes that can be grouped and made up a separate TOP. Yes, these errors are quite common and not by one author. It doesn’t matter what kind of music you play, whether it’s country, rock, electronic or indie pop, you definitely want your songs to be interesting to your listener.

Of course, it is extremely difficult to please everyone, but you need to strive to ensure that at least the number of mistakes when writing songs is minimal, or there are none at all. 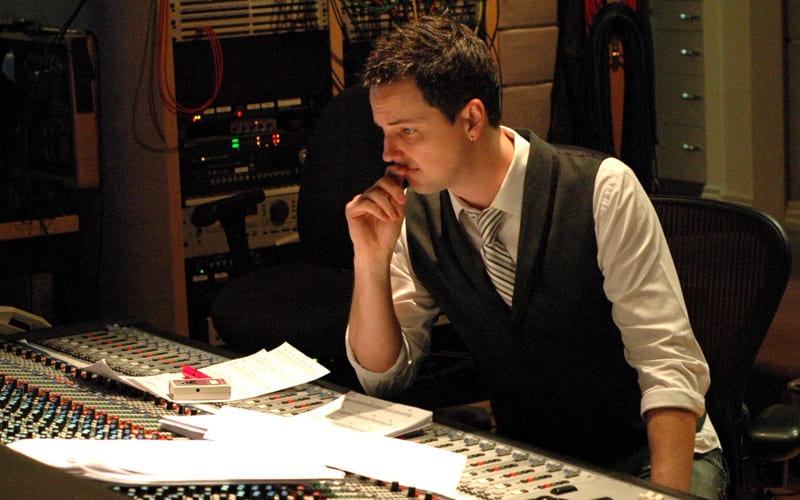 Why is the content of the song so important?

A song is a fundamental part of the activity of any musical group or solo artist. No guru or music theorist can say for sure what will 100% “hook” your listeners, but there are a number of things that you need to pay attention to. These things cannot be ignored, because you will agree that it is better to initially figure out how it all works than to start doing something without having any idea about what you are going to do.

In general, Russian and Western approaches to songwriting are slightly different. More precisely, to writing the lyrics of the song. In the West, the role of the music itself (arrangement) dominates, and the text is only an addition to the overall composition. Rarely enough, foreign lyrics correspond to the high flight of literary thought, but they do not cease to sound less cool because of this.

We have a song, the text of which is some banal and repetitive phrases, is unlikely to interest anyone. Remember that you can’t rhyme a shoe with a low shoe – this is pure disrespect for the listener. Still, we prefer meaningful lyrics in songs that are a kind of mini-dramatic works.

Below are the most common mistakes that many young performers have to some extent.

Songs that are too long are one of the obvious mistakes that you should definitely avoid. It is unlikely that a person will listen to one musical composition, the length of which exceeds 4-5 minutes – this is a kind of psychological threshold. The listener should always be interested, so such long parts can simply scare him away. You should always proceed from the fact that if some part can be made shorter, then it must be made shorter.

After all, who would have thought that “Billie Jean” could not become a hit at all. The fact is that in the original version of the song, recorded by Michael Jackson, the introduction lasted for three minutes, and the song itself lasted an “impossible” 11 minutes. But thanks to the participation of the producer, who removed all unnecessary, we have a work of musical art.

Of course, the long part can be made interesting, but this does not work out in all cases. Yes, and it is not always appropriate.

When we listen to foreign songs, in most cases the main thing that “catches” us the most is the chorus. In Russian songs, this is not so noticeable, but it is also present.

When listening to the music of young performers, it is not always possible to clearly trace the beginning of the chorus after the verse. The chorus should stand out against the general background in the musical composition. The differences may be minor: the addition of backing vocals, one or more musical instruments. Or the differences can be more serious: different chords, a change in the melody itself with an arrangement. The first example that comes to mind of a sharp difference between a chorus and a verse is “Hotel California” by the Eagles.

In both cases, it is important that the chorus be emotionally charged, as if summarizing everything that is said in the verses, and, most importantly, it should be well remembered.

Young performers have songs in which the transitions from one chord to another are incomprehensible and there is no clear focus at all. And this is noticed not by some sophisticated music lover, but by an ordinary listener of music.

As a rule, this is a direct consequence of insufficient work, i.e. songwriting in haste.

Bridge in music is a kind of bridge that connects different parts of songs, creating a logical transition between them.

If, while listening to a song, you feel that a chorus or another verse is about to come, but you hear a piece that differs from the overall composition, then with a high degree of probability it is a bridge.

Its presence allows you to keep the interest of the listener. And the bridge is in almost every song with rare exceptions.

This problem can occur with different performers, regardless of their experience. This means that the musical composition includes the same set of chords. Sometimes it works like an original trick, but it rarely happens because it’s really a little boring. 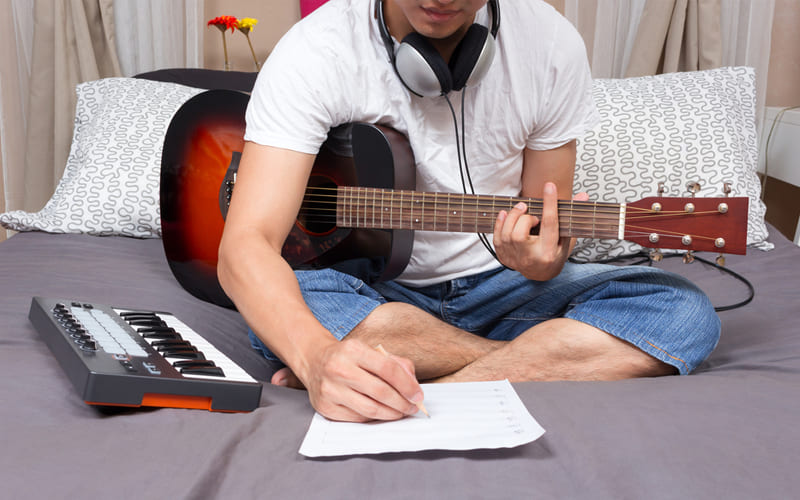 A hook in music (now we do not mean the classical repertoire) is a part of a musical composition that somehow stands out and is especially liked by the listeners. In translation, hook is a hook, i.e. this part of the song is “hooky”.

A good song is always rhythm and dynamics, and not just a monotonous sound. This is a kind of “tension” and “discharge” in the song, so when writing a song, you always need to think about the volume level in different parts of the composition.

A little about the text component

A song is a work that is very limited in volume and, accordingly, in the number of words and phrases. Any phrase must be verified to the smallest detail, while it must carry a certain amount of information.

But what is important here is not so much informative as the fact that the song should be easy to sing and comfortable to listen to. Even if the text is great, it may well turn out to be non-singing. In particular, a large number of whistling and hissing sounds at the junction of words causes great difficulties in the performance of the song. By the way, English is sung much easier than Russian, and this is explained, among other things, by the absence of such sounds in the language for the most part.

Here are some general guidelines that can help when writing lyrics:

Of course, songwriting is not some kind of craft that lends itself to clear structuring. To a greater extent, this process remains creative, and what seems not to “work” in a song can be shot by some original performer who takes the listener with his expression and unusualness.

But this is rather an exception to the rule. Still, it is important to understand what is appropriate in a musical composition and what is not. Especially for young performers who are just starting to take their first steps in music.